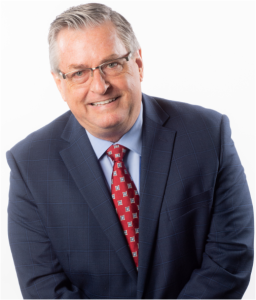 Badger brings more than 25 years of bank marketing experience having worked for several central Indiana community banks and a multi-national financial institution. He also brings a strong background in agriculture after managing the marketing efforts for seed company, DeKalb Genetics and Monsanto.

“We are pleased to add Jim to our banking team. His expertise in sales and marketing across all lines of business will help State Bank’s growth in our existing and new markets.” said Mike Baker, President and CEO at State Bank. “Jim is a seasoned professional whose agriculture and business to business experience will help communicate our value as we expand our presence in Boone and Hamilton counties.” His experience in market entry will also serve the bank well as we introduce our business banking team in Tippecanoe County this fall.”

In his new role, Badger will focus on increasing awareness of the bank’s high tech – high touch benefits. He will also lead branding efforts as the bank cements its position as an Indiana-based community bank.

State Bank is a $713 million community bank headquartered on the west side of Indianapolis. In addition to operating ten full-service locations, State Bank is a part of the AllPoint™ ATM network of 55,000+ ATMs nationwide. Bauer Financial has named State Bank a 5-Star Bank based on its strength and performance since 2017, and it was named the Best Bank in Hendricks County nine of the last 10 years. Its offices are in Avon, Brownsburg (2), Plainfield, Lizton and Pittsboro in Hendricks County; Lebanon (2) and Zionsville in Boone County; Carmel in Hamilton County; and opening in the Fall of 2022 in Lafayette. Visit www.StateBank1910.bank to learn more.